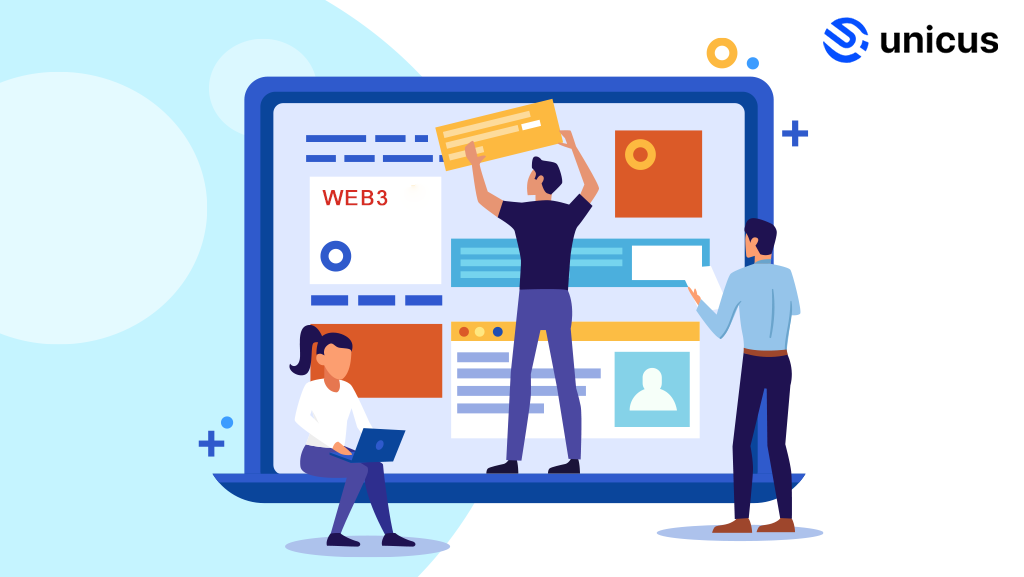 Web3 is an amalgamation of the core Internet technologies with advancements like blockchain, machine learning, and artificial intelligence. It has taken real-world human communication to a new level, creating use cases that were simply unthought of a few months ago.

We’ll talk here about Web3 stack and how it becomes possible to roll out Web3 as a service.

Web3 involves a string of technologies, including blockchain, file storage, P2P databases, APIs, frameworks, and libraries, among others. Depending on the specific use case, it might involve AI and MIL as well. At its core, Web3 is outrightly different from the 3-tier structure of Web2, where the back-end involves a web server, applications server, and a database.

Why Web3 as a service will benefit the stakeholders

Web2 projects keen on adopting Web3 face a major bottleneck. The adoption comes across to be quite expensive and time-consuming. Most businesses work on modest budgets and the challenge they face might become insurmountable for them. While getting re-rooted in Web3 brings in an array of benefits, the resources-related roadblocks do exist and projects have to find ways to get through.

This is where the idea of Web3 as a service rolls in.

For an NFT project, NFT drop sort of becomes regular stuff. UnicusOne offers whitelisting support for NFT drops, enabling you to take advantage of the existing infrastructure rather than build the components from scratch.

If you aren’t sure, what an NFT drop is, it is just the release of a non-fungible token. The term ‘drop’ is indicative of the exact time and date the minting will be done. Drops are an efficient tool for projects for community building. The drops generally have purchase limits.

With more brands joining the NFT bandwagon, NFT drops will more be a norm. If you are feeling left out without NFT drops, we will help you figure out how to use the drops with the utmost effect. You can choose from several types of NFT drops such as First Come First Serve basis with a limit on purchases, Open Edition drops (one can mint as many tokens of a collection as they want within a definite period), English Auctions (creator offers a limited 1/1 NFT) and Dutch Auctions (the price shoots off high and gets lower the longer it is up for auction).

NFT storefronts need integration with NFT marketplaces that are supportive of ERC 721 and 1155 standards as well as a range of asset classes. UnicusOne fits in perfectly in both criteria.

ERC-721 provides for the creation of only non-fungible tokens, while ERC-1155 enables the minting of both semi-fungible tokens and non-fungible tokens. Smart contracts permitting 1155 are linked to multiple URIs and do not store additional metadata. ERC-721, on the other hand, only supports static metadata stored on the contract itself for each token ID, beefing up deployment costs and restraining flexibility.

UnicusOne adds another dimension to their platform via generative art programming solutions. There are many around who have got a creative mind, yet they might be unable to create art in digital form for several reasons. Or you might be planning to give these people an opportunity to publish their own art via your platform. UnicusOne enables you to do exactly this.

As an end-user, you put in your inputs and the engine squeezes out an art. You have all the freedom to look at the art piece and determine if this is what you wanted. In case you aren’t impressed, you might change the inputs and see the outcome.

Few NFT projects have a thorough knowledge of the reveal process. Generally, it doesn’t make a difference at the initial stage but once the projects pick pace, having a solid reveal plan becomes important, directly affecting the project’s profitability and success.

When the sale begins, the NFT teams won’t showcase buyers the actual NFTs. Rather, projects display a placeholder NFT with an unimpressive pre-reveal image. At some point post-sale, the NFTs are revealed. This is done by changing the base URI, in the smart contract, pointing to the metadata relevant to the set.  Once the flip is switched, all the minted NFTs are revealed. Now, when the holders go to their wallets, they can view the real images.

UnicusOne team handles NFT Reveal for you, optimizing your incentives for NFT buyers.

Current metaverses suffer from a crippling problem of isolation. Crypto assets and tokens of a metaverse are restricted to that particular platform, hampering liquidity. UnicusOne brings along token swap capability, enabling users to exchange tokens right away. There are scores of Metaverse tokens up there, with diverse market caps, unit prices, and circulating supply.

Token swap capability facilitates the interconnection of metaverses, enabling end-users to switch between various virtual spaces on the go. They can quickly swap tokens of a metaverse with the other and hop on it right away.

Audited smart contracts on UnicusOne provide for the quick tokenization of tangible assets, boosting their liquidity. In the conventional world, it is always a pain for the buyers and sellers to deal with the transfer of ownership involving assets, including real estate, art, and other stuff. Thanks to tokenization, even the expensive assets become affordable for buyers. At the same time, asset owners are also able to unlock the value of their holdings with ease.

Cross-chain oracles on UnicusOne facilitate full-scale trading of NFTs, maximizing the profits of traders. The platform enables traders to set up trading preferences and conditions. NFT drones are sophisticated enough to complete the tasks, once the requirements are met. With audited smart contracts executing the trading, traders are free of vulnerabilities, manipulations, or security breaches that might put their funds in peril.

Of late, unauthenticated ownership transfer has been a pricking issue in the NFT world. UnicusOne has resolved the issue by putting in place a novel method of verifying the true owner of an NFT. Ownership is ascertained by examining their social profiles. Thanks to social authentication, buyers feel assured regarding the authenticity of the tokens.

Developers with UnicusOne can integrate your project with multiple wallets, enhancing the reach of your project. This provides an opportunity to wallet developers as well to integrate their wallets with the platform and enhance the volume of transactions their products are garnering to. UnicusOne supports integration with wallets like MetaMask, Coinbase, WalletConnect, etc.

UnicusOne is playing a key role in building the future of the NFT ecosystem. We have put in place an advanced platform that helps you set aside the roadblocks NFT projects have been facing in terms of NFT drops, storefronts support, generate art engine, reveal process, token swap, tokenization of assets, cross-chain dissemination of information, automation of trading, support to multiple wallets, authentication of NFT ownership, and others.

Offering a unique solution of integrating Web3 as a service, UnicusOne allows you to move to a new age ecosystem with the least of costs and hassles. 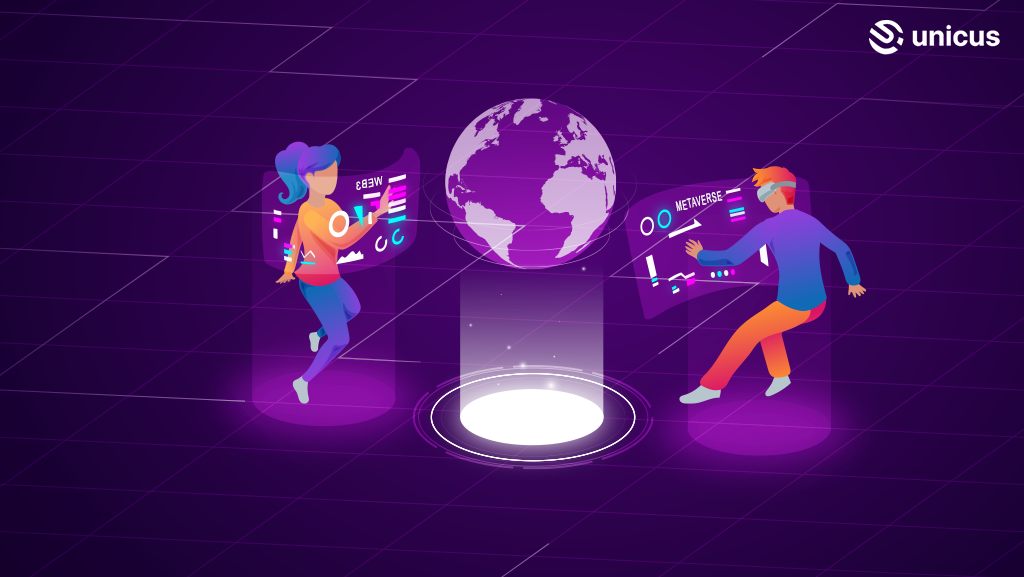 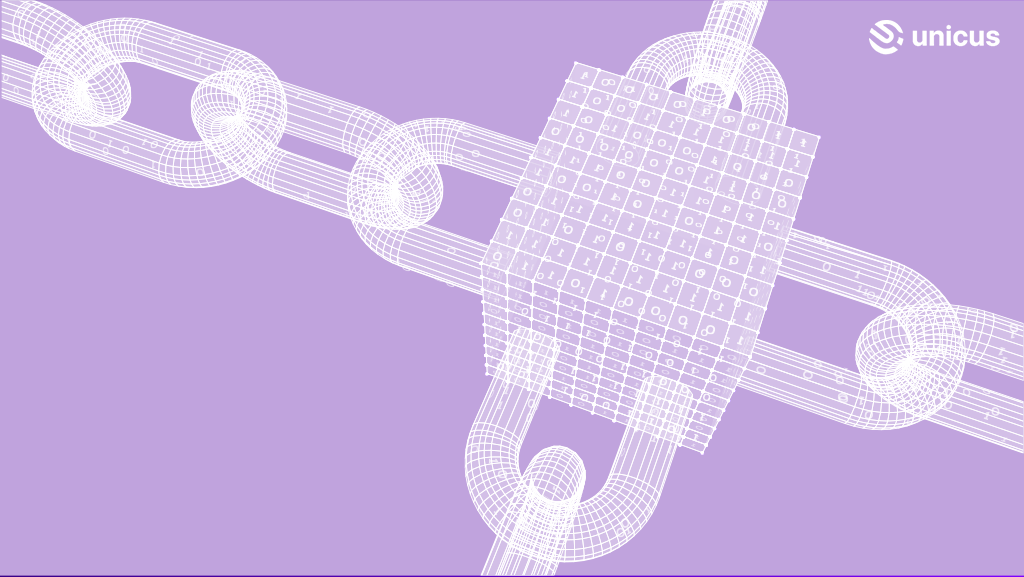